That’s right, you’ll have the chance to hear great tunes live for the release for their brand new EP ‘Oceans Of Noise’.
On the 27th of January, melodic Metal band Oceans of Noise will be playing the London’s ultra-hip Omeara, with the official EP drop having taken place today, this is the perfect way to top off your Oceans Of Noise weekend.
Their EP features great tracks such as ‘Age Of Ghouls’, which make it to the top of my personal favorites from the EP.
So if you don’t want to miss out, be sure to get yourself down to London and celebrate the release with the band!
Apple Music: https://itunes.apple.com/us/artist/oceans-of-noise/1296282833
Spotify: https://open.spotify.com/artist/21HzqFortyEjD2yOdCZAPY
YouTube: https://www.youtube.com/oceansofnoise
Facebook: facebook.com/oceansofnoise
Twitter: twitter.com/oceansofnoise
Instagram: instagram.com/oceansofnoiseband
Website: oceansofnoiseband.com

With social divide, negative political impact and war raging on, people look to leaders, artists and professionals to guide them into the light, and this time Anarchy Reigns are taking a shot at being the voice of the people.
The new track ‘Hypocrisy’ is a gritty, politically charged, fury fueled anthem. The boys from Anarchy Reigns have constructed an opus which is fantastically delivered, and received with open arms.

The heavy gain and volume turned up to 11, the phat and fuzzy classic metal sounds and the melodic sorcery that hitch so brilliantly conveys, all come together to make this track, and we are so glad that they did.
Be sure to check out the track as well as all the other great content coming from the Anarchy Reigns camp:
Soundcloud: https://soundcloud.com/duncan-hitch-morris
YouTube: https://www.youtube.com/channel/UCJTh2uHiEgnw0LoIdrzSWtQ/featured
Facebook: https://www.facebook.com/anarchyreignscy/
Website: http://www.anarchyreigns.net/

There’s a new breed of activist in town, and hes coming to us with a classic tune for all of those subject to discrimination or hate, just because they were born differently.
The track “So Gay” can be seen in a few different ways, for example, one could see it as a invitation to accept yourself and others for who they are, and others may just see this song as a big middle finger to those who have already acted harshly against anyone a part of the LGBTQ community.
The track itself draws from lots of different styles, drawing from inspirations from around the globe. With a Blues styled husk, Hunter sings the lyrics with strength and passion, while the instrumentation has military nuances, the inclusion of guitars, and a heavy Bass section culminating in this momentous opus.
So be sure to check Hunter out:
Website: http://www.hunterthevoice.com/
Facebook: https://www.facebook.com/Hunter-Hunter-126407388048990/
Twitter: https://twitter.com/HunterTheVoice
Instagram: hunter.the.voice
YouTube: https://www.youtube.com/channel/UC3eJ-jIzxaZ2ahFwDiva9dA?view_as=subscriber

“Reminisce”, a new single from Donegan (a band, not a person…although it’s a person as well…we’ll explain later) has finally seen the light of day, some twenty years since its inception. Whilst this may not break any musical gestation records, it’s refreshing to see musicians releasing material that has taken such a significant effort to create.

The track has a quaint Englishness to it, both in an obvious sense (the vocal accent) and stylistically (a coy tweeness and a very mannered construction) which is either endearing or off-putting, depending on your tastes. May well appeal to fans of indie singer-songwriting artists and collectives who veer towards the gentler end of the musical spectrum.
As hinted at, Donegan comprises of two family members, Thomas and Emmet, who handle all instrumental and vocal chores between them. “Reminisce” will appear on Donegan’s album, “First XI”, which is due out later in 2018.
Youtube: https://youtu.be/pMgO_Ku0TQI
Website: https://donegan-music.com/
Twitter: https://twitter.com/donegan_music

List your Favorite Venues or gigs. Now think back to the one problem with the venue, expensive drinks, bad service or possibly the biggest problem, the space! Well this is a element of gig-going that singer-songwriter Bryony Dunn is taking to new levels.
Bryony plans to take her acoustic guitar around the UK in search for public telephone boxes to perform in, and shes calling on all of her fans to help her find the perfect telephone boxes. 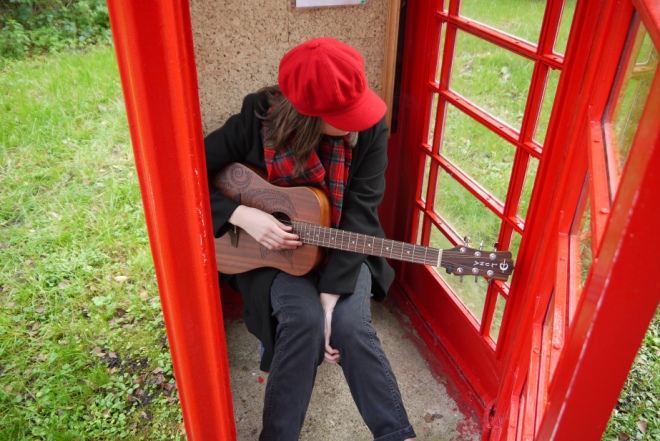 Her acoustic Folk-indie act will be home to these ‘Venues’ around the country, and with an army of curious and intrigued music lovers behind her, she is surely not one to be missed.
Be sure to check out her recent release “Golden Girl” out now:
Youtube: https://www.youtube.com/watch?v=gWoNooIFDjs 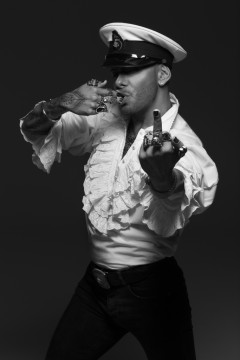 Activist and Artist ‘Hunter’ dabbles in pretty much everything creative, whether it be fashion, music or art, Hunter has no barriers when it comes to creation.
New song ‘So Gay’ is a protest to all those who discriminate, or negatively look at people who are different in any aspect. As well as that, the lyrics show the basic and forefront mentality that ‘i am who i am, take it or leave it’, which i feel has a great effect on audiences around the world.
The track itself has influence from blues, to Pop and dance, giving a well rounded and stylistically intriguing take on music that focus on this subject matter.
Its bold and unapologetic about its roots, making hunter a great performer, writer and creator.
Be sure to check him out:
Website: http://www.hunterthevoice.com/
Facebook: https://www.facebook.com/Hunter-Hunter-126407388048990/
Twitter: https://twitter.com/HunterTheVoice
Instagram: hunter.the.voice
YouTube: https://www.youtube.com/channel/UC3eJ-jIzxaZ2ahFwDiva9dA?view_as=subscriber