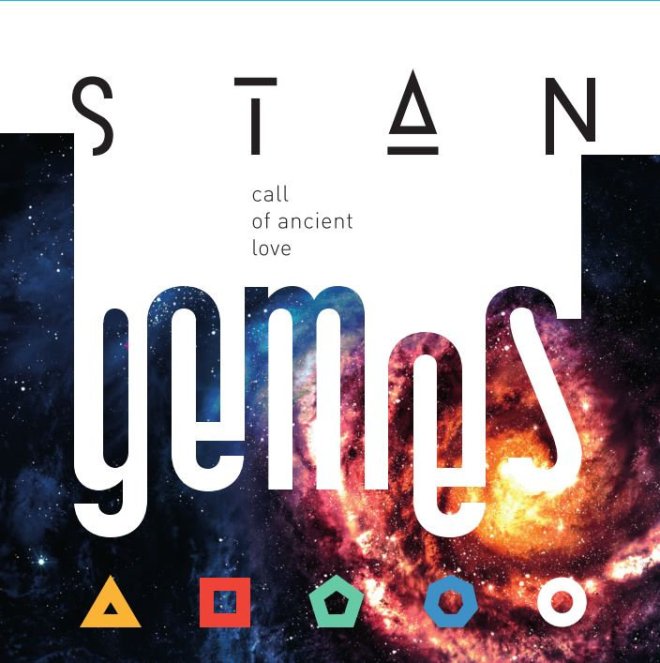 The album is packaged into five compartments, each compartment loaded with goodies relating to one of five elements: fire, water, earth, air and space. 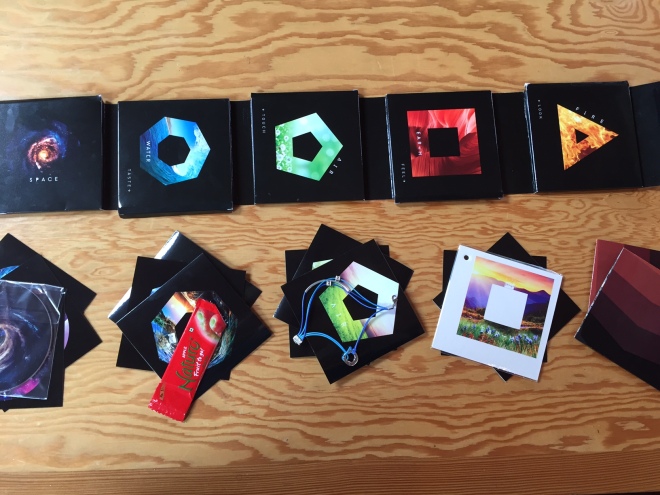 The elements reflect the artist’s own worldly outlook, having journeyed all around the globe, soaking up spiritual experiences along the way.

The elements also reflect the worldly themes of the music, which sees Stan blending rock with traditional and tribal sounds from around the globe including Asian flutes, African percussion, Indian choirs and Hispanic guitars.

Check out ‘TLC’ below:

His beats draw from a diverse palette of grime hip-hop, deep/tech house, electronica and 90s R&B. Inspired to produce his own instrumentals after struggling to afford decent beats, he has since honed his craft into a creative and polished sound.

Humor’s single ‘I Told You’ from his first project was previously chosen by Tom Robinson for a BBC Introducing Mixtape on Radio 6, ‘XLCR’ is a strong project, lets hope he can do even better and gain more fans with this project.

After stealing a Beatles album age 10, Cado’s musical journey began, he is a rock and roll artist who sings and writes all of his own material, he is also a multi-instrumentalist and has a self-confessed obsession with the music of the fifties and sixties.

Cado, takes you back to the swinging sixties with his track ‘Take Me Back’. It is an extremely classic Rock and Roll track, which definitely makes you think of an era when girls would wear flowing dresses and the guys in dickie bows and they would dance properly, nothing like the youth of today where people don’t necessarily dance in couples, ever. I think maybe because of my age, this track reminds me of one of the scenes in Grease where they are at the competition dancing, I could imagine Cado’s ‘Take Me Back’ as the soundtrack.

‘Take Me Back’ really makes me wish I was alive in the sixties to experience the music, but instead I can only imagine whilst listening to Cado, which is good enough for me.

Check out the track here:

The multi instrumentalist has toured the UK and Ireland with The Shades and in early 2016 he began recording a collection of songs inspired by the music he adores. Every instrument on the EP was performed by him allowing him make music that he truly loves.

This is not a genre I am overly familiar with but I want to thank Cado, for introducing me and sharing his music with me allowing me to find a new genre and passion for something different to everything else out there at the moment.

A singer, rapper, songwriter and producer, Unique Hastings is a multi-talented artist with music in his veins. His father owned a recording studio and his mother taught him to sing. On top of this, both his grandparents were musicians.

Unique Hastings is likely to appeal to fans of Pharrell Williams, Justin Timberlake and Seal, combining their collective pop appeal, whilst also channelling his own distinct smoky vocal tone and stylistic diversity.

On top of his musical endeavours, the singer has also co-starred in an award-winning short film titled ‘Shantell Town’, the soundtrack of which he also co-produced.

The artist has another exciting single on the way titled ‘Gimme All Ur Luvin’, plus a full-length album titled The Heart of A Dreamer set to drop in 2017.

‘Skip the Talking’ is out 30th September

She has been compared to Sia and Clean Bandit and rightly so, Jazz Mino releases her heartfelt new single ‘Hurt’.

As described by Jazz Mino ‘ The single ‘Hurt’ is by far the most honest and difficult song I’ve ever written, and the closest to my heart. Many see me as a happy and positive artist, so initially I was hesitant about releasing my true feelings; but everybody goes through extremely difficult times and to cut out such a devastating time of my life, and pretend that losing somebody so close to me has had no effect; would be a false and dishonest reflection on my life’.

You can hear Jazz Mino’s emotion on the track, as an artist she really is opening up and letting you into her life. The track has been described as ‘Capable of dominating charts for weeks on end’ and I can see why.

She has previously supported the likes of Lianne La Havas, The Noisettes and Professor Green to name a few people and it won’t be long before Jazz Mino is up alongside their names too. She has also been featured on Record Of The Day (Superwoman single), Breeze FM record of the week and Ticketmaster Rising Star, which is a huge achievement.

She is also a busker, who busks on the underground in London and surrounding areas in London , so she is not shy to perform, hopefully soon I will be able to see her live, or maybe even busking.

Their latest single ‘A Place Far Away’ tells the story of a faded film star’s unlikely bond with a neglected young woman after crossing paths in Tokyo, drawing inspiration from cult classic movie Lost in Translation. Sonically it perfectly captures the size and scale of the movie’s cityscapes, whilst also encapsulating the mood of the relationship between the two characters.

Self-produced in a converted apartment in Birmingham, the track was later mastered by Geoff Pesche at the legendary Abbey Road Studios.

Stream the single ‘A Place Far Away’:

Goldsands’ genre-defying sound is most comparable to groups like Radiohead, The Beatles and Coldplay, and is the result of the band members’ eclectic musical backgrounds. Liam’s rock background provides a driving groove, Tom brings a jazz flare, Ramsey takes his cue from the experimental sounds of the 60’s, James gives suitable guitar ambience and Matt is a sucker for a pop hook

Two of the bands members Matt and Tom Rhodes are brothers, adding to the group’s tight sense of synergy.

Combining a compelling ear for storytelling and a mesmerising vocal tone, Ashley Iona comes through with a fresh sound comparable to the likes of Florence and the Machine, Sia and Chet Faker.

Her new single ‘Taking Me Under’ is set to appear on the deluxe edition of her new EP and comes with a powerful and emotional video.

Watch video for ‘Taking Me Under’ here:

Ashley Iona has recently worked with the likes of acclaimed lyricist John Bettis (a big fan of her work and vision) and Alice Randall (the first African American woman to score a country hit in the US). She has also worked with highly-praised mixer Justin Hergett (who was nominated a Grammy for mixing Beyonce’s acclaimed self titled 2014 album).

Other exciting collaborations include a single with Date Night, the Australian DJ trio who just celebrated 1 million streams on Spotify. Iona wrote and is featured on their next single in October.

Currently based in Los Angeles, she has previously lived in countries across the globe from Australia to the UK to Uganda and moved more than 20 times in her life.  Her touring has also taken her around the world and she recently opened for Szjerdene for SoundCrash Music on August 22nd.  Ashley Iona has also been asked to perform at the BMI headquarters as a part of their invitation only Songwriters round.  She’ll also be at Salon Noir in Soho on September 27th.

Acclaimed contemporary jazz act, Mercury, gear up for the release of their new album Sea Speak along with an exciting tour across the North of England.

Formed out of a bunch of music students from RNCN, Mercury performed their first gig at the Manchester Jazz Festival back in 2012. Here they were discovered by a group of organisers at the legendary Kings Place in London, who were so impressed by the group’s sound that they invited them to play at King’s Place itself, propelling the band into a new level of recognition.

Mercury has since gone on to be nominated for awards such as the Whittingham Jazz Award in 2013, their lead member Tom Thorp making it to the grand finals of the Taichung International Sax Competition. Developing their sound to incorporate elements of electronica, psychadelia, classical and indie, they have been slowly reshaping jazz for a 21st Century audience, and now have a brand new album in the pipeline titled Sea Speak.

Listeners wanting a taster of the band’s upcoming album can listener to this demo version of title track ‘Sea Spark’, a progressive and smoky piece that builds and ebbs like the ocean itself.

On top of their new album, Mercury have a tour planned that will take them to venues such as Capstone Theatre in Liverpool and Band on the Wall in Manchester. A second half of the tour will also be taking place early next year.